In Strength and Unity! (Song Thread) 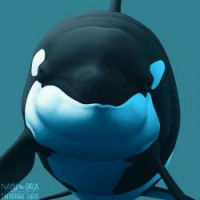 Yimh Storyteller Posts: 83 Storyteller
April 2019 edited April 2019 in The Commsphere
Hey so I've only received a few messages now and I wanted to say for the record I want to hear from everyone in Song who has a opinion about the Faction!

Got an idea for how to make the Dominion supremo? Drop it here!

The Dominion is already tops? Tell me why! I want to know what people like most about the Dominion so we can play my favorite game ever, it's called: If you like_____, you'll love _____.

The Dominion sucks? Go (any non-Song group)? Wrong thread buddy! Love the enthusiasm, but take it elsewhere please and I'll gladly weigh in or refer you on to another helpful person!


I've really enjoyed being a part of Song so far. The atmosphere is positive and I enjoy how you all relate to each other! I'm still learning, but I think soon we're going to be making our mark in the stars!

Please feel free to contact me directly by using MSG YIMH if you have any questions or ideas that are more specific to you and you want to play your cards close to the vest!