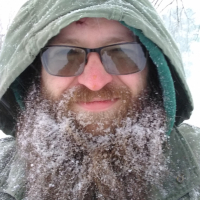 ezra Member Posts: 6 ✭
December 2018 in Combat
Before I ask questions, I figured I'd offer up my findings on hunting since I haven't seen anything with all this info in one place.

1) MWP TEAR with ROUTE SMALL and SERRATE ON

**Obviously this is all dependant on your most recently upgraded weapon
***If sufficiently high in your hunting area you can use AOE damage while hunting but it will affect players so be careful and considerate
***MWP MISSILES -> MWP PINDOWN (wait.  Some mobs will let you get 2 ticks of PINDOWN before smacking you out of the channel) -> RUMBLE

DEF bonuses are significant.  Though I haven't begun to gather data to get a good idea on how much exactly, I'd guess both NOZZLE WIDE and ROUTE are 10-15%

What doesn't work (at least by my perception)
MWP LAUNCH -> NETLAUNCH or HOOKNET (says mob is entangled, but they keep fighting without curing and I've tried timing it to the best of my ability without noticeable affect)
PLASMA COMBUST (could be cause we're not able to damage muscular enough before killing, but I've yet to be able to stick a scorch affliction to noticeable affect)
Limb Damage (HOBBLE, ARMVICE, and LEGCLAMP)

My Questions/Curiosity
What exactly does MWP TWIST do in relation to SHARPEN and SERRATE? Just increase the effects of the DEFs?
Is there a way in group combat to not target allys with room affects?