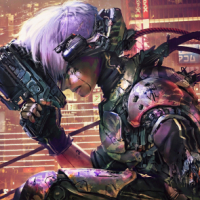 Solus
February 2020 in Roleplay
That's right! All of you must have known immediately after seeing the title it was gonna be me asking for this. First, I wanna thank those who are gonna take the time to read this. Second, forgive my poor grammar as I'm not an expert by any means in such.