Three, two, one! Counting down to the next Mudlet version, which lets you open a game offline, or shrink the trigger editor window for example.

It’s a small thing, but one that has been requested over the years – and one that LiamLeFey has stepped up and added to Mudlet!

You can now open a profile in offline mode – that is, without connecting to your game straight away. This is very useful, if you need to edit or review your scripts in solitude.

SlySven added an awesome feature for users on small screens: The new triangle button hides the advanced options, so you can see more patterns:

This feature also auto-activates if you drag the slide to only show just a few trigger patterns. Give us feedback on what you think about this!

Marco Tironi (wiploo) has recently put in a ton of work into translating Mudlet to Italian language and it is now almost finished at 87%! Take a look: 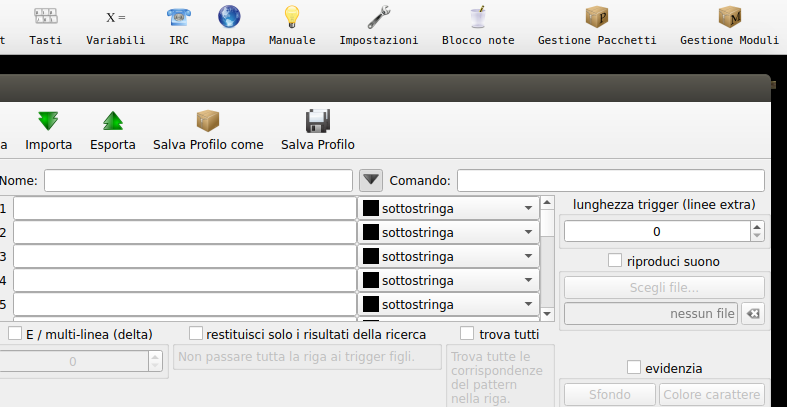 If you want to know about other languages or read a more detailed status of Mudlet translation, look at our recent news on mudlet.org website. For example, the website is now also available in German language.

This is a bit of a “behind the scenes” upgrades, but keneanung has put in a lot of work to upgrade the Qt version used by Mudlet in Windows and Linux from 5.10 to 5.12, as well as updated a lot of third-party components used by Mudlet. This’ll help us use newer functionality in creating the Mudlet app for you.

What’s been happening behind the scenes in Mudlet for the last month? Quite a bit! Have a look at the stats: 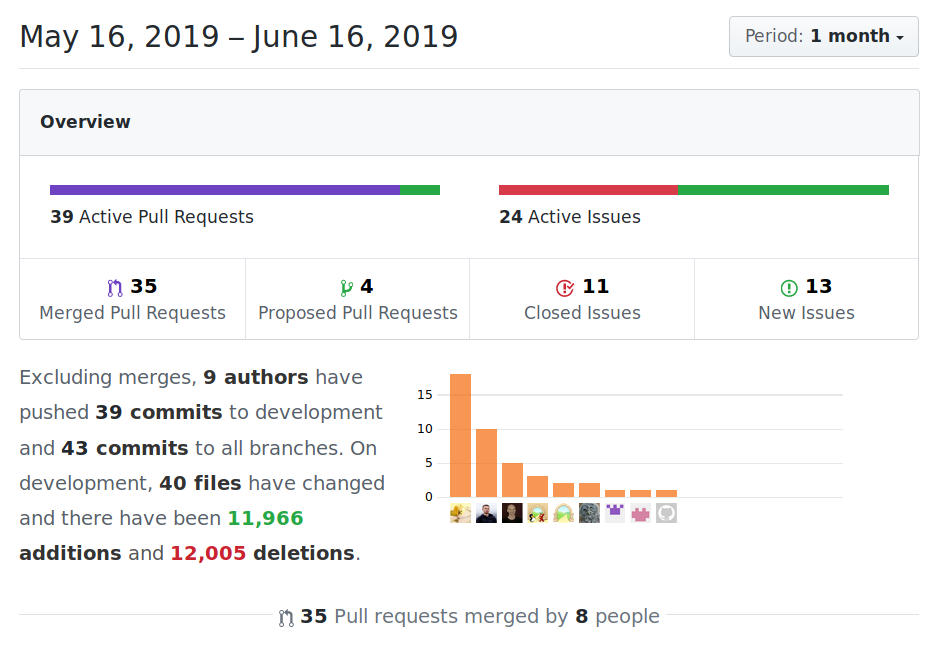 Take a look for yourself on Mudlet’s development presence on Github.