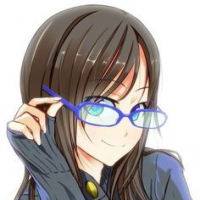 Katherine Posts: 7Member ✭
March 2019 in Roleplay
OOC Bit: Thanks for all the fun times, Starmourn and maybe I'll see you around! Was fun while it lasted and I do hope that at least my "micdrop" made you get one last laugh xD

-------------------------------------------------------------------------
IC BIT
-------------------------------------------------------------------------
[The video starts with a scruffy, lithe female human, holding a datapad and a small device that bears HETE's logo]
Hello, citizens,
I only come to you because I was nagged to, to tell you a story and remind you that cloning does not mean immortality. I tell you the story I have witnessed in my exploration of Kallos, bloody Katherine Lockwood be damned.I had managed to avoid the Loroi for a while until I met this human girl. Told me her name was Katherine and that she had some mission to rescue a sibling or friend or something. Foolish as I was, I went with her instead of boarding my ship.
I told her that it was no place for heroics, I warned her that I've already seen what the Loroi were capable of but she didn't listen. Damned feral kith user. She just went in head on camp after camp and burned them alive but after the third one she was getting weary. I was told to wait while she unlocks a cage to save someone and I did, patiently, until the field was full of flames, gunshots, explosives and all bloody manner of ways to kill you.
She fled, we got to the ship but she was badly wounded, nothing even nanites could do to help. We took off and she gave me her cloning files to use my ship cloning technology..yes, I took a bargain with HETE, don't look at me like that!
However, the device was damaged and her files were no longer accessible. The damned fool, I told her she's crazy. Flakk heroics, that kind of crap gets you wasted sooner than you think. She did tell me though that she managed to save someone, blasted fool was content, content in the brink of death if you can imagine! People these days...She could have damned well just rested, maybe I'd have gotten to a cloning facility in time and recovered the damn data but she would have none of it. Blasted minx took over my system and starting typing like a mad woman. I saw her write off her belongings, marks account, cargo, stuff like that to various names around the sector. Don't flaking ask me who because I can't be arsed to remember bloody names while the damned Loroi fleet is trying to burn my arse to a crisp.
All I know is she told me to give the news of her death and smiled as she fell face first on a datapad she was carrying. Can't bloody well understand what was wrong with that woman and her obsession for burning things down and datapads.
Bloody kith I hope she'd have left me some of those damned marks too so I could do repairs on my ship and clean the damned blood from my command chair. But noo...you can't have it all can you? Damned "heroes". Don't even know who the hell she saved, don't even care, I'm not going back to that place. They rip your hands off and beat you with 'em, you gotta be mad to get your arse involved with this. Anyway, she told me to make this public, tell everyone to break a leg, whatever damned business that is, who the hell even wishes things like that on people? Must have taken an extra hit to the head, that woman.
Have a drink, rejoice, be happy or mourn her, I couldn't care less. Just don't do anything that messes up my ship again. One Katherine Lockwood dying on it is enough for me!
Disgruntled explorer.