I'm going to run a series of polls here, in which you guys can vote on (and suggest) various attributes for a denizen/NPC/mob in Starmourn, and eventually you'll see him/her/it in the game! Kind of making a collaborative character sheet.
BUT you won't have to wait until opening day for a preview - at the end I'll put together a log that shows just what happens when you greet, flirt with, start a fight with, or otherwise interact with them.
Feel free to call me a lazy builder, but it actually takes way more time to do it this way, especially for a single character. So know that this is all for YOU, our treasured community of early Starmourn fans.

In each thread I'll take suggestions for options in the next poll. But for now we'll start out with some stock characters to turn into something awesome.
We'll add race/gender next, so comment with combo(s) you would like to see! They can be player races or not. 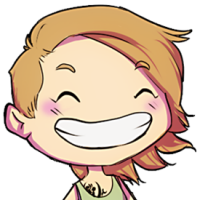 This discussion has been closed.
(c) Iron Realms Entertainment.