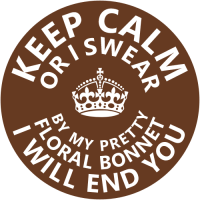 Discord is a voice and text chat program designed for gamers. It works on both desktops and mobile devices. There are versions available for Windows, Mac (OSX and iOS), Android, and Linux. The feature list of Discord is quite extensive, however, succinctly, it is a simple yet powerful program that enables communication. It is similar, in some ways, to programs such as Skype, Teamspeak, or Ventrilo.

What is the Starmourn Discord?

What is discussed on the Starmourn Discord?

Generally, the conversation tends to focus on Starmourn itself. The discussions generally range about ideas for characters, discussion about how systems might work, the lore of the game, conflict, and more. We also have regular voice discussion sessions which are often attended by Starmourn Staff. There are also non-Starmourn related channels where other games, real life, or just about anything else (within reason) can be discussed. The objective of this server is to enable players to meet and interact with other players who are also interested in Starmourn.

Are there any rules on the Starmourn Discord?

It is important to note that the rules of Starmourn are not enforced on the Discord. That isn't the say that the Discord server doesn't have its own rules though! At present, there are unwritten rules that are common sense. We prefer to minimize the amount of moderation that occurs as we do not wish for the server to be restrictive or authoritative. However, hate speech, spamming inappropriate material, trolling, and discussing illegal activities are some of the things that do not have a place on this Discord. Generally, if someone is doing something that disrupts the Discord, an administrator or moderator will speak with them to attempt to resolve the issue.

Additionally, we welcome and encourage all discussion related to Starmourn! However, if you have a direct question or idea about the game, you should post it to the official Starmourn forums so that everyone can be involved in the discussion!

Because this is a public Discord server, a few security features are in effect. Before you can type in chat, you must have verified your e-mail address through Discord, you must have been registered with Discord for more than 5 minutes, and you must be a member of the server for more than 10 minutes. These are best practices that prevent bad actors from creating junk accounts to spam servers. If you've used Discord before, it is likely the first two items won't affect you at all.

Can I file issues and bugs in the Discord?

Nope! Issues, bugs, and other things will continue to be filed through all the regular in game channels. Talking on Discord about changes you'd like to see is also not guaranteed to get a response from the development team - use the IDEA command, or start a new thread on the forums, for a better chance of a discussion that sticks.

Will the Starmourn Staff actively be monitoring Discord?

Because of the ever-scrolling nature of the Discord, it's impossible to enforce the rules from our forums and game there. We are going to continue to enforce good behavior in both areas with separate moderation strategies, but because it's currently impossible to link game accounts and discord accounts with any consistent accuracy, consequences for poor Discord behavior will be limited to Discord, and consequences for poor game behavior will be limited to the game.

How do I get Discord?

Discord can be acquired by browsing to https://discordapp.com/. This page allows a Discord account to be created. From there, a user has the option to download Discord or use the webapp version of Discord. The feature set between the two are similar, one is simply web based. Also, the mobile version of Discord can be acquired from the Google Play store or the App Store.

How do I join the Starmourn Discord?

By following this invitation link: https://discord.gg/H8m7pFV

From within Discord, you can also add the server by selecting the plus symbol at the bottom of your existing server list, selecting "Join a Server", inputting H8m7pFV into the field, and selecting the "Join" button.

We look forward to seeing and meeting you on the Starmourn Discord!