Bob_Kimmel Member Posts: 14 ✭
April 25 in Feedback
Hi this is just a quick one because I was recommended to post some feedback on my experience exploring ship building as a new player.

My character was enquiring about the price of a new ship - in this case a heavy freighter - and the first striking thing that was mentioned was 'there is no real point to flying a heavy freighter' due to the advantages vs the disadvantages being so small. I found this a little sad.

This I found confusing as well. So before I go exploring the in's and out's of shipbuilding and ship design I just wanted to post this and say I find that maybe the ships could be more specialist for their different uses and if the price of parts doesn't scale with the value of them, could this be made a little bit clearer or is it intended to be obscure?

I think one idea I have for the first issue I came across is that Light - Standard - Heavy variations could have specific things they're good for. I can't offer examples as I don't want to look silly but thought maybe it could spark a conversation and I'll come back with some more ideas once I've delved into a bit more. 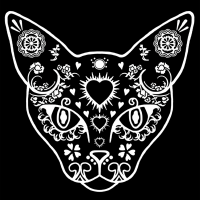