Dynasties! HUH! What are they good for?!

Rylek Posts: 55Member ✭✭✭
October 2019 in Feedback
Absolutely everything, if we give them the chance!

Dynasties are both promising, and in their current state, depressing. Here are some suggestions, requests, thoughts, hopes, and dreams relating to the good old fashioned future of the Dynasty.

-Currently, Dynasties have very little in the way of proper channels to spend marks. In fact, the Dynasty account holds very little purpose, the Dynasty leader could take donations and dole them out just as easily. Easier in fact, as they'd have no daily limit to withdraws. How can we address this? Tons of ways! Yay!
--Dynasty Ships. Let us build and maintain group ships. This can be done by allowing a Dynasty to 'lease' a ship to a member. Thus allowing us to reclaim the ship should said member disappear into cyro. This lets you maintain the 'one ship, one pilot' setup you have. Or, we could start moving beyond that really stupid setup, and allow members of a rank imbued with a certain power, the right to pilot Dynasty ships. Maybe limit it to Destroyer or lower, although I don't see why that's necessary.
--Dynasty STATIONS. OMG PLS. Let us build stations. Have it be a right tied to larger groups. Limit one station per sector, with an active upkeep or else the station collapses and someone else can build there. Don't allow PVP to ruin these, this is the non-pvp side of building a community. (Think guildhalls. You can invade 'em, but not destroy/capture 'em). Let us spend vast swaths of Marks to improve our stations. Let us add shops, chop shops, manufacturing stations, and so on and so on. Have it cost marks AND materials to expand and build. Could even copy the ship build system, and just have station rooms to use.

-Let the Dynasty have Storage for commodities. Let them put up work orders that pay from the coffers. Let them sell materials from storage.
-Dynasty ranking! Install Dynasty ranks separate from positions. Let us promote/demote people to and from these ranks. This gives a better incentive to set up and keep people engaged with that sort of RP
-Dynasty Credits! Let us unlock getting a cut of membership sales similar to factions. It can be less, that doesn't matter. Just put it into a Dynasty coffer, giving us an even better incentive tool.
-Titling! Let us give and remove prefixes and suffixes at whatever milestone.
-Alliances! Let us set allegiance to factions. Let us build alliances between Dynasties. This doesn't have to be more than a line added into the INFO display.
-Logos! It could be a part of the Station chop shop actually, but if not, let us submit a log that any member can use at any chop shop for ships.
-Ship prefix options! Let us set a ship prefix that can be turned on/off by the shipowner. Possibly force apply it to any Dynasty owned ship (out on lease).


Yes, I do realize right now that you can wing it and manage several of these things. No, I don't see that as an excuse we shouldn't make it easier and better supported to do them. Right now, it seems like we have a real serious issue retaining new players. I, personally, feel like a big part of that is that we only have three real 'groups' and no supported sub-groups within that. Yes, you can join a Dynasty currently, but what does that MEAN? You can RP as much as you like, but it doesn't give people achievable goals with tangible returns. There's a reason guilds/houses in other IRE games are so important. They're smaller hubs of fairly intense RP when done correctly, and they have the tools to create and support that RP. I'd like to see that expanded to Starmourn, with a more player-driven and flexible approach to the mechanics behind it.

But it's possible that's just my singular opinion! 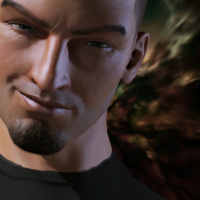